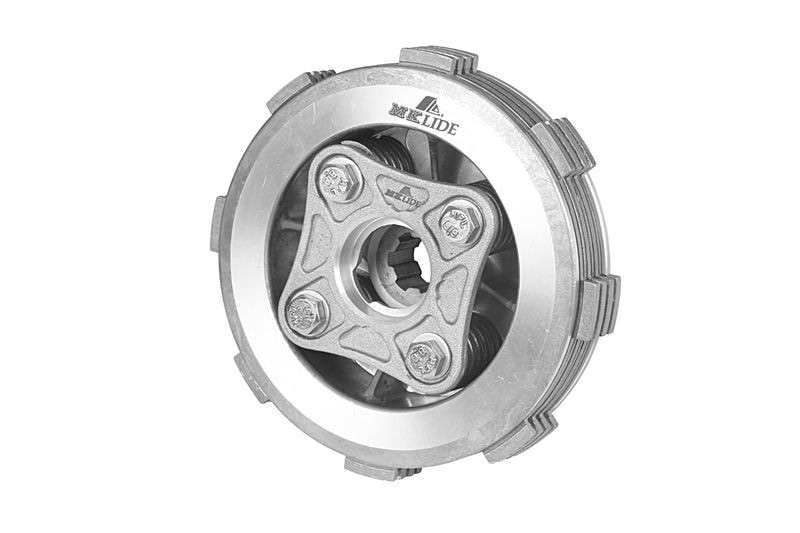 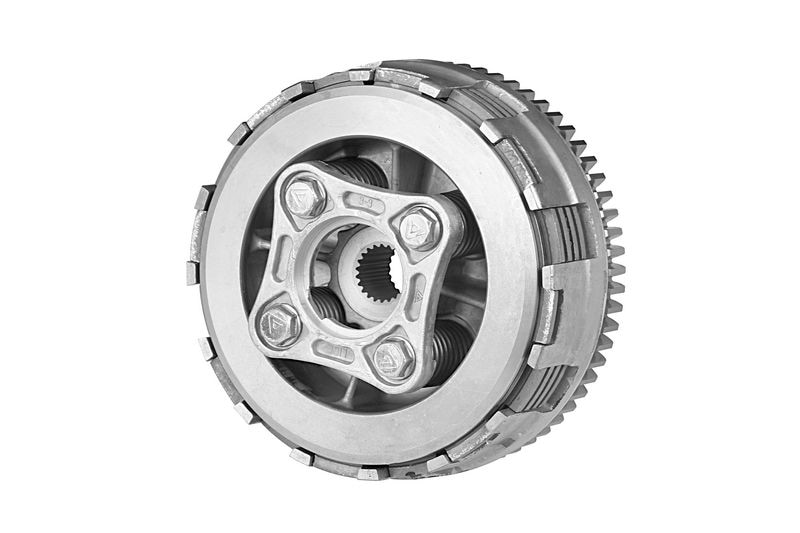 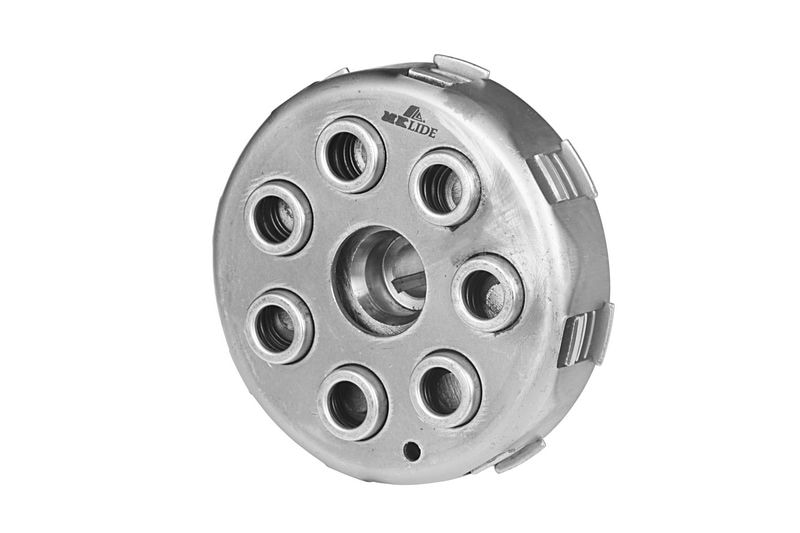 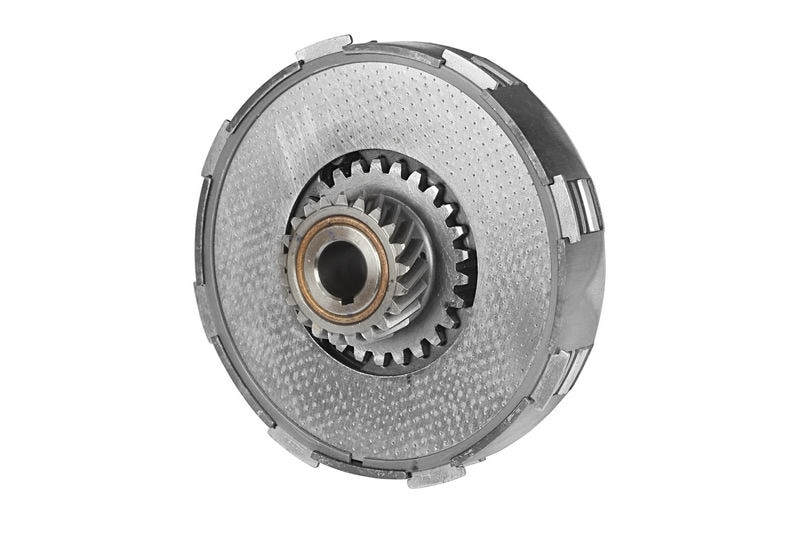 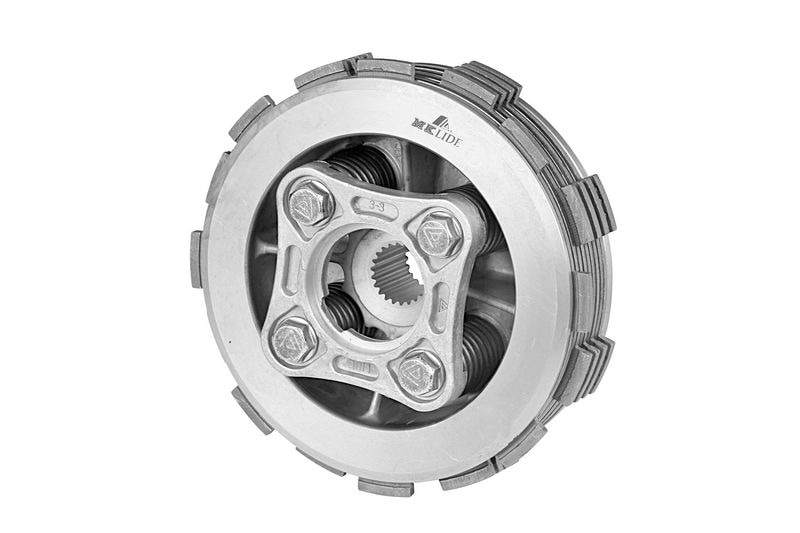 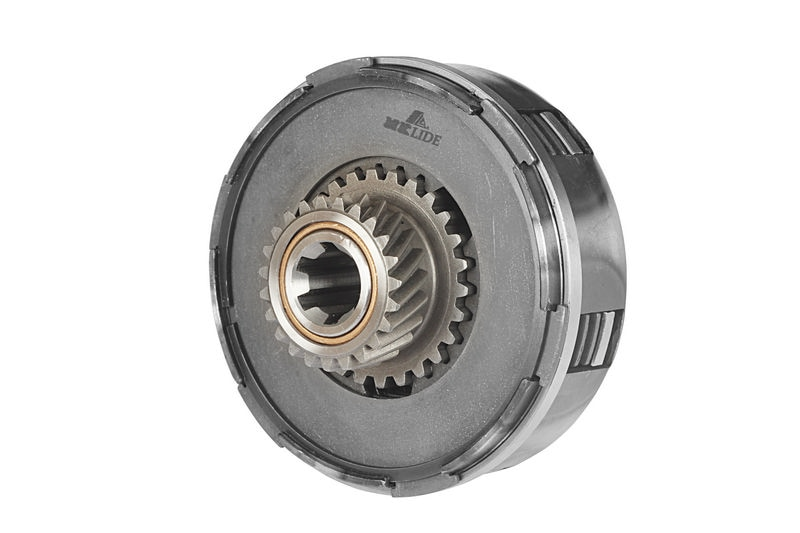 Springs are used to hold the Clutch Shoe together on assembly and also for return of shoe after disengagement. Dampers are used to avoid jerks and rubbing while clutch working. Clutch weights are made of ZINC casting or steel plates. Plates are used for complete assembly positioning.

Mechanism
A centrifugal Clutch works through Centrifugal Force. The input of the Clutch is connected to the engine crankshaft while the output may drive a shaft, chain or belt. As the engine RPM increases, weighted arms in the clutch swing outwards and force the clutch to engage. The Most common types have friction pads or shoes radially mounted that engages the inside of the rim of housing. On the center shaft there are an assorted amount of extension springs, which connect to a clutch shoe. When the center shaft spins fast enough, the springs extend causing the clutch shoes to engage the friction face.

When the engine reaches a certain RPM, The Clutch activates, working almost like a continuously variable transmission. As the load increases the rpm drops, disengaging the clutch, letting the rpm rise again and re-engaging the clutch. If turned properly, the clutch will tend to keep the engine at or near the torque peak of the engine. These results in a fair bit of waste heat, but over a broad range of speeds it is much more useful than a direct drive in many applications. Centrifugal Clutches are used in mopeds, mini bikes, chainsaws, lawnmowers etc.

To enquire about the desired product(s), just check the box and then click âï¿½ï¿½Inquiry Nowâï¿½ï¿½ button which is provided below.