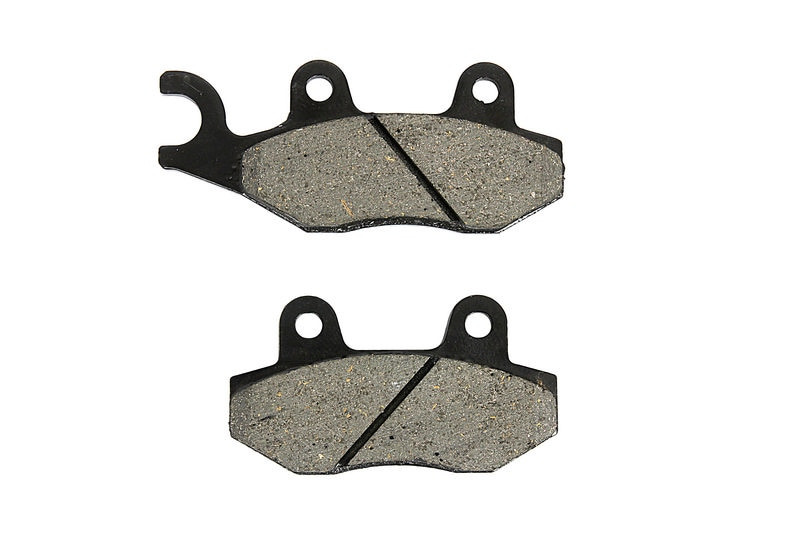 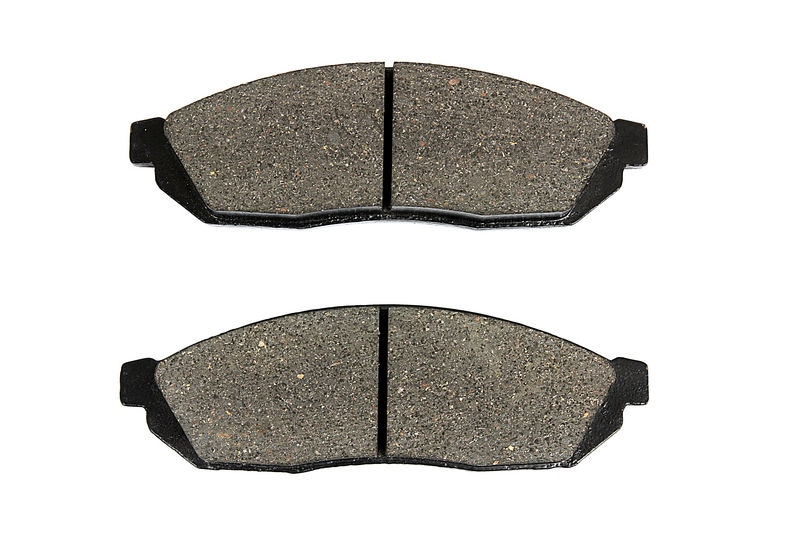 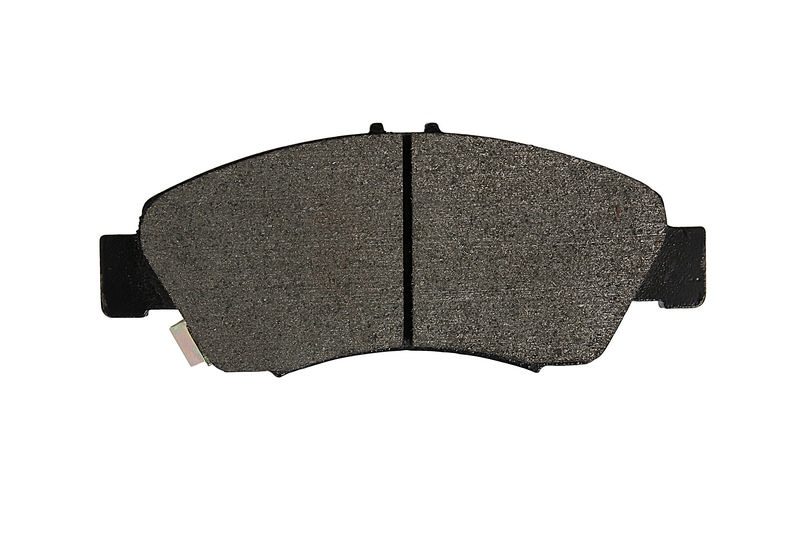 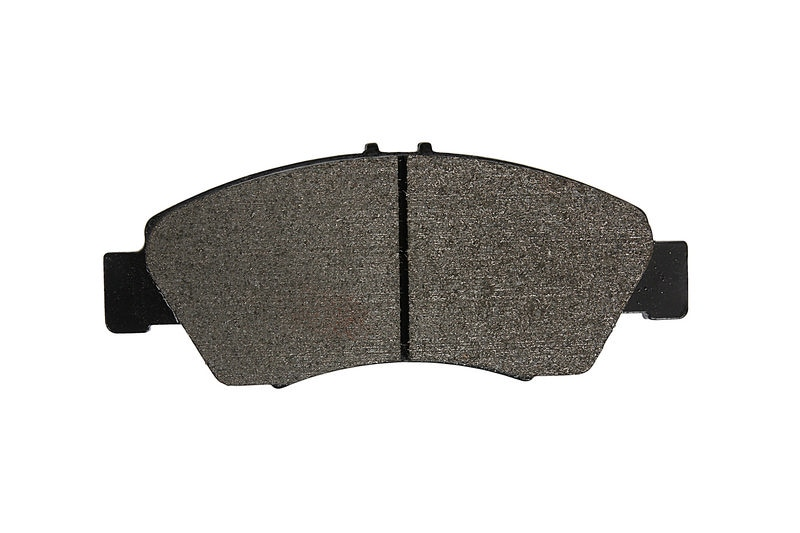 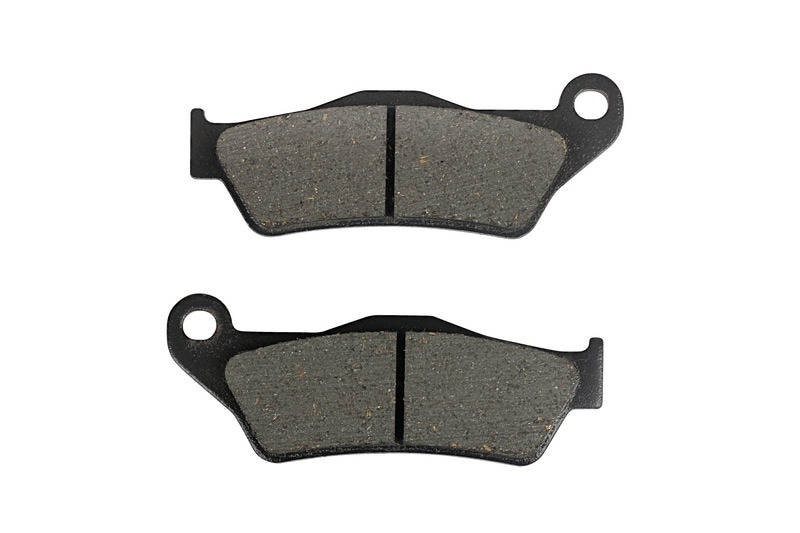 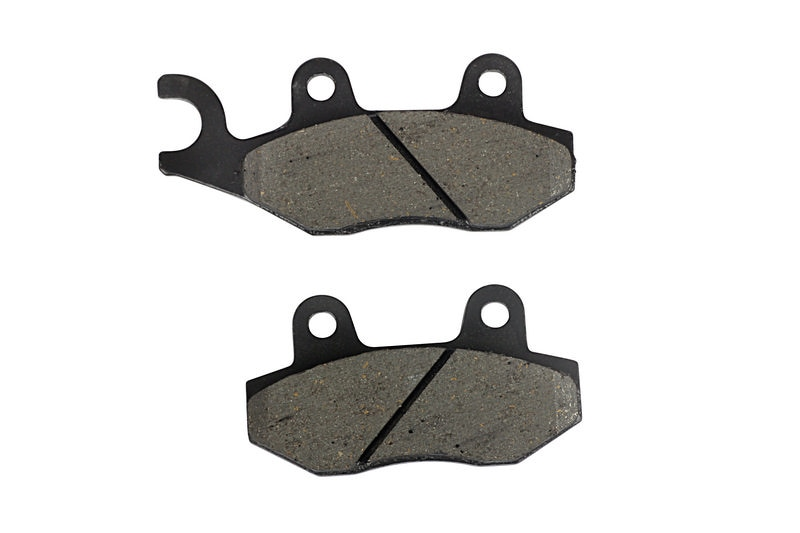 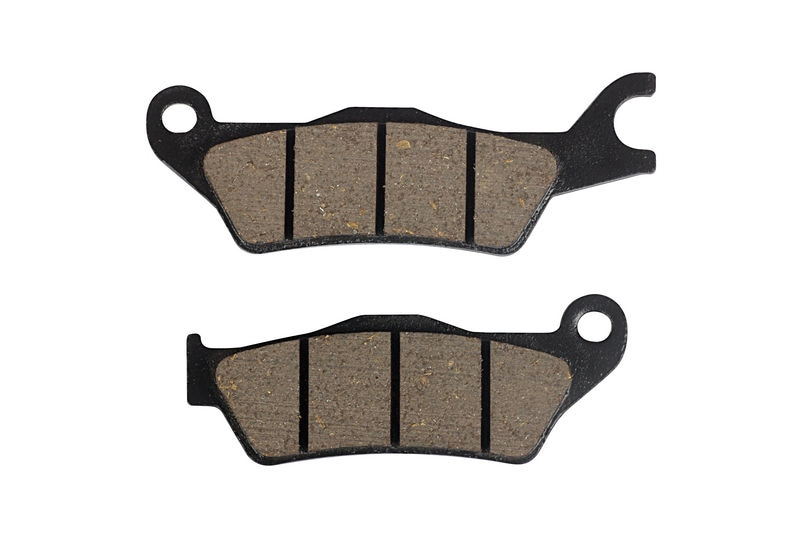 With the assistance of our expert professionals, we are able to offer high quality Brake Disc Pads, which is the highest selling automobile spare parts. These brake disk pads also constitute a very crucial part of any other automobile. In order to meet the demands of our customers, these are also available with us in different sizes and can also be delivered as per the bulk requirements of the customers. These are also suitable for different types of Automobiles like Bikes and Scooters.

Mechanism
The Disc Brake is a Device for slowing or stopping the rotation of a wheel. A Brake Disc (Rotor), usually made of Cast Iron / Ceramic, is Connected to the wheel or Axle. To stop the wheel Friction Material in form of Disc Brake pads (Mounted in a Device called Caliper) is forced mechanically, hydraulically or electromagnetically against both sides of the disc. Friction causes the disc & attached wheel to slow or stop.

About
Disc type Brakes began in 1890’s & 1st patented in 1902, though it took another half Century for wide adaptation.
Modern style Disc Brake first appeared on low volume in 1949 & discontinued in 1950 due to design problem .These Brakes offer better stopping performance than comparable Drum Brakes, including resistance to Brake Fade caused by overheating of Brake component and are able to recover quickly from immersion.

Unlike a Drum Brake, The Disc Brake has no Self-servo effect and braking force is always proportional to the pressure placed on the braking pedal or lever. In the beginning Disc Brake was most popular in Sports cars, since these vehicles are most demanding about Brake performance. Now Disc brakes has become the more common form in most passenger vehicles, although many use the Drum Brake on the rear wheels to keep costs & weight down as well as to simplify the provision for a parking brake.

As the front brakes perform most of the braking effort, this can be a reasonable compromise.

Brake Disc
Disc Brake Disc’s are commonly manufactured out of a material called Grey Iron .Specification for manufacture of grey iron for various applications is as mentioned in standards. Which dictates the correct range of Hardness, Chemical Composition, Tensile Strength & other necessary properties for intended use.
Historically Brake Discs were manufactured throughout the world with a strong concentration in Europe and America. During the Period 1989 to 2005, manufacturing of Discs has migrated predominantly to China. Today almost 60% of Brake Discs and Brake Drums are manufactured in China & exported globally.

Caliper
The Caliper is the assembly which houses the Brake Pads and Pistons. Two Type of Calipers are there :

Fixed Type Calipers have Zero movement related to Disc, It uses one or more Pairs of Pistons to Clamp from each side of the Disc & is more complex and Expensive than a Floating Caliper.

A Floating Type Caliper (also called a "sliding caliper") moves with respect to the disc, along a line parallel to the axis of rotation of the disc; a piston on one side of the disc pushes the inner brake pad until it makes contact with the braking surface, then pulls the caliper body with the outer brake pad so pressure is applied to both sides of the disc. Floating caliper (single piston) designs are subject to failure due to sticking which can occur due to dirt or corrosion if the vehicle is not operated regularly. This can cause the pad attached to the caliper to rub on the disc when the brake is released. This can reduce fuel efficiency and cause excessive wear on the affected pad. Additional heat generated by the constantly rubbing pad can lead to warping of the disc also.

Piston & Cylinder
The most common caliper design uses a single hydraulically actuated piston within a cylinder; the hydraulic design also helps multiply braking force. The number of pistons in a caliper is often referred to as the number of 'pots', so if a vehicle has 'six pot' calipers it means that each caliper houses six pistons. Failure can occur due to failure of the piston to retract - this is usually a consequence of not operating the vehicle during a time that it is stored outdoors in adverse conditions. On high mileage vehicles the piston seals may leak, which must be promptly corrected.

Brake Pad
The brake pads are designed for high friction with brake pad material embedded in the disc in the process of bedding while wearing evenly. Although it is commonly thought that the pad material contacts the metal of the disc to stop the car, the pads work with a very thin layer of their own material and generate a semi-liquid friction boundary that creates the actual braking force.

Of Course on depending properties of the material Disc wear may Vary, these are the properties that determine material wear involved trade-offs between Performance & longevity.

To enquire about the desired product(s), just check the box and then click âï¿½ï¿½Inquiry Nowâï¿½ï¿½ button which is provided below.